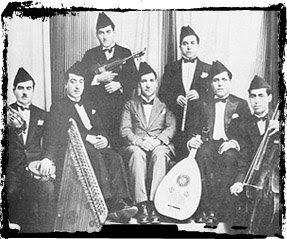 From the BBC, this wonderful story by Tim Franks, reporting from Jerusalem. South Tel Aviv has a new street, Rechov Ha'achim al-Kuvaiti, or al-Kuwaiti Brothers Street, named after Saleh and Daoud al-Kuwaiti. They were big stars in Iraq before emigrating to Israel. In Israel, they were basically unknown, confined to the Arab-Jewish cultural ghetto. In Iraq, according to Shlomo, Saleh's son, the Kuwaiti brothers music remained massively popular, but without credit being given to them. Today, Daoud's grandson Dudu is reviving and recording his grandfather's and great-uncles music in Israel.

Here is more on the al-Kuwaiti Brothers, from Ha'aretz. In fact, it's a better article than Franks', with more detailed information. We learn that the al-Kuwaitis are today getting much more recognition, in post-Saddam Iraq (Saddam worked hard to have them purged from Iraqi cultural history), in Kuwait, and in Israel. Saleh wrote a song specifically for Umm Kalthoum, "Your Heart is a Rock," and also collaborated with Muhammad 'Abd al-Wahhab. 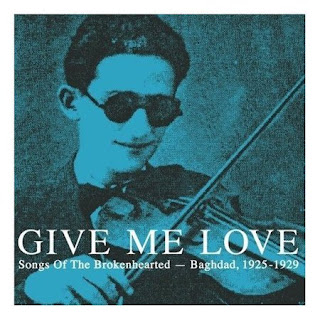 Go here for a useful overview of modern Iraqi music, which includes the al-Kuwaiti brothers in the story.
Posted by Ted Swedenburg at 11:15 AM No comments: